I was looking through a box of old things a little while ago. You see I have this box that sits on top of a cupboard that's filled with old nicknacks, toys, lucky charms, random batteries and photos that have come to mean something to me over the years. There's an old Leeds softdrink yo-yo with some spare strings, an original Yoda figure, a cassette tape of Dead Man's Party by Oingo Boingo, some little business cards with a satanic symbol on the front and the words...
People
Against
Goodness
And
Normalcy
...next to it. See how the first letters spell PAGAN? On the back they advertise the movie Dragnet with Tom Hanks and Dan Ackroyd. There's an old harmonica, some weirdly shaped shells, an old passport, some old style scales with weights, a mutant ninja turtle, a brochure from the falconry school I went to, some skeleton gloves, a cd from my old band, a survey map of Co.Kerry Ireland, an old diary, a Zorro mask, a train ticket from Cologne to Gummersbach, a drink coaster from the Buddha Bar in Paris, a big bad wolf patch and a load of other bits and pieces.
I take it out every now and then and add something to it or just have a bit of a look through it. The photos are a mix. There's pics of my parents, of old pets, of my first painting, of one of the first caves I grew up in and of some old friends, but what caught my eye this time were the old photos of myself. I was such a bright eyed cub, my fur held a lustre and my nose was always just a little damp, my teeth just slightly yellowed.
I took one of the photos to a mirror, held it up and was pretty saddened by the difference. My fur was torn, from a night in Surfer's Paradise where a girl crash tackled me, some of my teeth were missing from when I jammed sausage rolls in my mouth at a party, my left ear was hanging off from breakdancing at Elsewhere Bar, my nose was squished from being jammed into a bag on my trip to China and there were all these little bits of lint and foam everywhere that made me look like I had a really bad dandruff problem. And you know what...its always really bothered me that my mouth doesn't open and shut. It makes me look stupid.
Something had to be done.
So I bought a glue gun, some elastic strap, a plastic muffin mould, and some foam, and went in for a full reconstruction.
My head is now a little slimmer, my nose is hard and I have an articulated lower jaw that now moves when I talk. I can eat a lot easier too. I'm a new bear. Its pretty sweet and its given me a new lease on life. Its pushed me in a new direction, and that brings me to my team.
We don't have a name yet, but I'm gonna do something that I don't think has been done for real ever before, something that has only been seen in movies and in comic books.
!!!!!!!!!!!!!!!!!!!!!!!!I AM PUTTING TOGETHER A TEAM OF SUPERHEROES!!!!!!!!!!!!!!!!!!!!!!!!
That's right! I am going to be the leader of a team of Superheroes, a real life Professor X.
I would now like to introduce you to my team. These are all real people, with real abilities, that set them apart from the average human being.
First we have Ben Underwood aka The DOLPHIN.
The DOLPHIN is blind but has managed to compensate with an amazing sonar ability. He makes a sort of clicking sound and can ride bikes and play basketball by listening to how the clicks bounce off his surroundings. The DOLPHIN will be part of our night ops as he can move about in darkness a lot better than I can. Though I have no proof of this, the name that I gave him seems to hint at an ability to communicate with dolphins and therefore I feel he will be an asset if we ever have to do anything in the ocean. The DOLPHIN will be a quiet thoughtful member of the team, but will exude a great strength when among dolphins.

Next we have Claudio Pinto, aka GOOGLEY EYES.
GOOGLEY EYES can pop both of his eyes 4 cms out of their sockets making him the perfect man to create distractions. If we ever get confronted by super villains, and lets face it, its pretty likely to happen, GOOGLEY EYES will take point and pop out his eyes, screaming at the top of his lungs like a madman. This shock tactic will give the rest of us time to run. GOOGLEY EYES will keep us entertained with his boyish humour and constant jokes.


Next up is Master Sasaki, aka OBNOXICON.
OBNOXICON has trained his voice to the point where he can actually stun people, knocking them over. He shows off his ability by killing small birds and making a bell ring by yelling at it. He's obviously going to be one of our fighters and I plan to force him to fly by pushing him off a building and telling him to yell at the ground as it rushes to meet him. My theory is that he'll be able to repulse the ground with his voice. OBNOXICON will be like Mr Miagi I suppose, as he is old and asian and that is the stereotype.

Then of course we have The GERMAN SUPER CHILD, aka, THE KEISER!
The Keiser is the first example of a human born with mutations on both genes responsible for producing myostatin, a protein that surprises muscle growth. This kid was able to do the iron cross in gymnastics while still an infant and is obviously our powerhouse. He's tough and small enough that if we get into trouble, we could probably just throw him at the enemy. I couldn't find a video of the KEISER, but here is a photo. The KAISER will be the ladies man in the group. 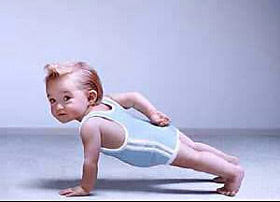 Troy Hurtubise. aka BRICK SHITHOUSE, is a Canadian man that I first saw on a $2 dvd that I bought from one of those cheap shops. He built a bear proof suit or armour and even had his friends swing logs into him to test it. As a final test he ventured out into bear country and waited. No bears came but he also didn't get mauled by any bears so I guess it works. BRICK SHITHOUSE has also built armour designed for Canadian soldiers and will be our version of that guy that wears the iron suit of armour in the movies...King Arthur. BRICK SHITHOUSE will be our tech guy and a bit of an adventurer.
Yves Rossi aka, THE BUDGIE is a man who has built his own jetpack with wings. The BUDGIE can fly and will be of obvious use as our aerial expert. If we ever get attacked by an evil bird, THE BUDGIE will be our first line of defence...as long as the threat doesn't last longer than the 10minute flight limit that the need for fuel dictates. We're currently in conversation with his lawyers to get him to drop the lame name Jetman that he currently uses. I think he'll come around. The BUDGIE will be the cool aloof guy on the team who'll always have his head in the clouds. (Did you see what I did there?)


Next we have Paul Karason aka PAPA SMURF.
PAPA SMURF will be our master of the mystic arts. He is blue...like Papa surf...and therefore must be magical. PAPA SMURF will be the soothing voice in the team. He'll make us feel happy when times are bad by singling a little song.
Next we have Michel Lotito aka MR PACMAN.
MR PACMAN has made a living eating things for the entertainment of others. He has eaten bikes, televisions and even a small aeroplane!!! MR PACMAN has found that the need for people who eat things has waned of late and so we were able to bribe him to join us with a couple of prawns and a lamb roast stuffed with oven parts. He'll be useful if we ever use a car to escape and need to make it disappear...over a month or so. MR PACMAN will be the grouchy one due to his constant torn anus.
Natasha Demkina aka, NOW YOU SEE ME GIRL has the ability to see through things like some sort of rays that see through things. She can tell you what's wrong with you by looking through and into your body and will be a great psychological advantage to the team. She will be able to tell our enemies how small their penises are, thereby ruining their mojo and giving us a good laugh at their expense. She is also from Russia, so will have a sexy accent which is always a plus. She will be cool and confident, like a Russian spy because that is also the stereotype.

To round out the team, I have enlisted Wim Hof aka CHILLY WILLY.
CHILLY WILLY doesn't feel cold. The uses of this are endless, as I'm sure you realise. He can walk on ice and not feel cold. He can suck down a slurpee really quickly and not get brain freeze!!! He'll mainly be our cold guy, which every superhero team obviously needs and will be the funny misfit in the group.

So that's the team. Its not the first. I'm already looking at some electric guy in China and a dwarf who can throw his voice in Prague for the next team. I think we could sort of create a franchise out of this. Oh hey and I almost forgot the best bit. We have uniforms. 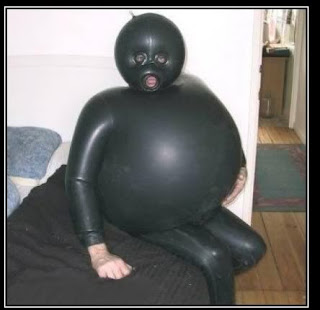 STAY FILTHY TRUE BELIEVERS!!!!
Posted by Filthy the Bear at 6:27 AM