Tiny is as Tiny Does Sir.

I have this friend who is a tad on the small side. He's not a midget, or whatever the politically correct term for a dwarf is these days, but he is quite short. I guess you'd say he was hobbit sized and I often refer to him as the "halfling".
He doesn't seem to like it very much.
The other day I met his girlfriend and she too is diminutive. They're both pretty much the same size and its sort of cute when you see them together. Its like watching shetland ponies with backpacks. I like to think of them as Shetland People and in that way I don't feel so bad about staring at them. Its more like watching a David Attenborough doco on the tv and that makes me feel better about staring because there's fewer descriminatorial conotations involved.
Its especially interesting to watch how they walk. I never notice it when its just one of them, but when they're together its like their legs suddenly become too short and they shuffle alot. There's even a bit of the Ewok in their strides and I sometimes imagine them with spears fighting the seemingly far superior empire and swinging from trees with wookies.
Did you know that the final battle in Return of the Jedi was originally supposed to be on the wookie homeworld, with wookies instead of Ewoks?
I'm glad it didn't work out that way or everything I just said would have made no sense and I'd have sounded like a lunatic.
Do all short people shuffle?
I would think that being low to the ground would make it easier to lift your feet because you don't generally have to lift them as high as everyone else, but then maybe I'm wrong. Gravity does get weaker the farther from the earth's surface you get, so maybe people who exist at lower heights than normal folk are living under a higher level of gravitational pull.
?
Anyway its strange that these two tweenies got together. If I was short, the last person I'd go out with was someone the same size as me. I'd go out with someone shorter so that I would have a height advantage and look taller.
I select most of my friends based on how their proximity to me will effect other people's perceptions. I hang out with short people in order to feel tall. I hang out with dumb people so that I seem smarter, fat people so that I feel thin,  really ugly people so that I feel handsome, pasty people so that I seem tanned...
I once went out with a girl who was flat chested and it made me feel like I had big breasts, which was fun. Quite often I hang out with people with penises and then go home and finger myself.
On the downside however I've started to mensturate and its getting harder to find my g-spot, especially when my blood sugar is low or I'm feeling delicate. But that's your fault not mine!
My dog is short. 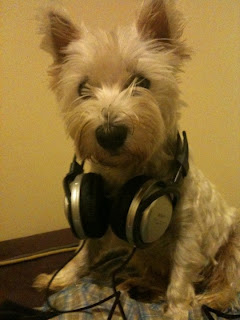 I like short in a dog.
She's managable and easy to take for walks and play with. I also like the fact that it reflects well on me to have a small dog.
Dogs are much the same as cars. A pitbull, much like a Hummer, says "I'm trying to compensate for a small penis", where as a cute little dog, much like a VW Beetle, says "My friends call me the Living Tripod."
Hummers are dead now, which is a bit of a result.
General Motors ended the brand. They said it was due to financial concerns but I'd like to think that it was a conscious effort on their part to do something good for the environment, the economy, the safety of small school children everywhere and to end the vicious circle of dickheadedness that Hummers are an obvious symptom of.
I just hope that Apple takes note and does something about the iphone.
Many of you may know of my disposition toward the iphone.
Just call it a fuckin phone for christ's sake and stop with the "i" crap!!! I call my phone a phone. I don't call it a nokia or a blackberry or whatever because I don't want to sound like a wanker.
Do you call it "my iphone" so that everyone knows you have an iphone? Is it you flexing your metaphorical muscles? Trying to seem cool?
If you must call it an "iphone", man up and call everything by its brand name, or alternatively put an "i" in front of everything so that Apple can have an easier time when they finally take over your life.
I do it. I already call my dog my ipuppy, my shoes my icons, and my car my ivan, which makes it sound cool in a sort of russian sort of way.
Did you see Russia in the Eurovision? Boy bands wouldn't have been round in the old Soviet days. Oh how I long for the cold war when there was a clear and obvious bad guy for the Americans to hate. They don't seem able to make up their minds at the moment and are using crappy reasons to go to war. They'd wage war on Rabbits if they could find a way to make Bugs responsible for a terrorist attack.
Wait a minute!!! 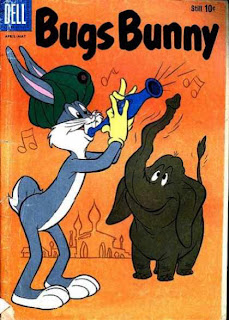 Is that a turbin!?! Don't terrorists wear turbins!?! Is that a gun in his hands!?!
And Australia just seems to suck up their arses. Howard was Bush's little bitch and I've seen nothing to make me think Julia is any different. The problem is that Bush was relatively tall and so is Obama. Howard is short and so is Julia. They should be making alliances with the shorter world leaders. That way they'd look less pathetic and I wouldn't have to feel so ashamed when I see them at G8 summits and the like. Actually, Howard should have hung out with ugly people and dumb people and Julia should hang out with Chopper Reid.
Posted by Filthy the Bear at 4:20 AM No comments: