MOTORHEAD ARE GONNA BE PISSED OFF.

I was just watching an advert for 60 minutes today and i think they've lowered their standards for stories. Its a shame because 60 minutes used to be one of the few stand up, serious, informative, well produced current affair programs on tv. Yes there was an over use of Quentin, the spastic boy, to draw in viewers in the 80's but generally its been pretty good.
Now the story that has made me lament the 60 minutes of old is one about a flying fox in Asia, (probably Thailand as they opened the advert by saying "to our youth its a party in paradise destination" and other than Bali, Australian youth seem to choose Thailand as the place to get wasted, "find themselves" and generally act like absolute wankers).
The advert shows some Australian youth hanging from the flying fox over a river. (For those who might not know what I'm talking about, a flying fox is where you have a cable tied between two points and you can slide along the cable by holding onto a bar attached to a wheel that runs on said cable). He lets go of the cable near the shore and the film freezes. The voiceover then says, "A few seconds later...he was dead!" The rest of the advert shows various drunk and sunburnt looking white people with blood pissing out of their heads or passed out on the ground, from using the flying fox and hitting the pebbly bottom of the river which is, obviously, somewhat shallow.
The voiceover bandies on about how our youth are being killed and how nobody in the unnamed asian  country seems to care, and about how someone needs to be held responsible, blah blah blah.
You know what? If you're dumb enough to go on a flying fox without checking the depth of the water then the gene pool may be better off without you fouling it up. Jumping off a flying fox near the shore head first is not a genius move and is simply an example of Darwin in action. This is how the species moves forward, this is how we develop. We cut the fat, the idiots fall by the wayside and we move on a smarter and safer race because of it.
There is no room for risk takers in the pride. This is how the rest of us grow stronger. We learn from the failures of the idiots.
Its really annoying that instead of the report being about how incredibly dumb and retarded these kids are, it comes down to finding someone else to blame. It'll no doubt be the Thai government not setting safety standards, or the people who put the flying fox there being evil for not measuring up to western safety standards. It really is shitty reporting.
Unless of course I've read the advert completely wrong of course and then 60 minutes is great.
Oh man...as I'm writing this, I'm also cleaning my ears and it feels so good. Cotton buds really are just ear dildos aren't they. Its amazing how nice it feels.
Not that I know how a dildo feels. I'm a straight bear.
I have wondered about the gay lads though. I've contemplated what they do and how it must feel and I've come to a conclusion. Having anal sex, for the sexee (is that what you call the one being shafted?) must feel like a grog bog. It must feel like you have a load that just won't leave the warehouse. A mouse that won't come out of its hole. A poo that not only won't leave the cavity but crawls back in deeper. And while I can see how passing a log may be enjoyable at times, especially when reading a good book, it ain't sexual...AT ALL.
While we're on the subject of the birds and the birds...I've got some tips for the lesbian girls who might be reading this. Its simple but I'll put it in capitals to make it clear.
IF YOU ARE A GIRL WHO IS INTO GIRLS WHO ARE INTO HOT LOOKING GIRLS...DRESS LIKE A HOT LOOKING GIRL!
You see I thought this would be a pretty simple idea. If you your trying to bag a girl who is into other girls, dress like a hot girl. You're chances have to be better than if you dress like a guy because guess what; lesbians aren't into guys. That's one of, if not the main, point of being lesbian.
I see lesbians that look like guys and I think, "poor bastards. They have the tools but they don't know how to use them. Its a waste because we straight men can't have the lesbians and these manly looking girls, who should have a leg up in this case, are just throwing away their advantage.
I dress like a guy. I know how poorly it works and that's when I'm trying to pick up girls who are supposed to be into guys. How the f*#k is it supposed to work on girls who like girls?
Poor stupid bastards. 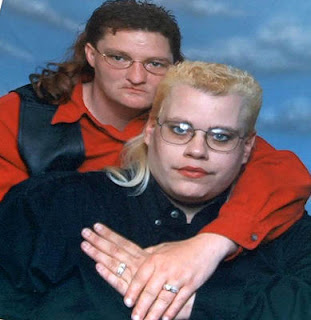 Oh hey have you heard about Satan lately. What's he been up to?
Well nothing basically because like god he probably doesn't exist, but did you know his number changed?
No not his phone number.
Recently archaeologists found fragments of the oldest surviving book of revelations, dating back to the 3rd century and written in ancient greek. In this version, (the oldest version) the number of the beast is written as 616...not 666.
Good one satanists. Can't you get anything right?
So I figured as we're supposed to be looking out for the number of the beast as a sort of warning, I might just do a quick google search for the number, just to see what was out there.
1: The comic book company, MARVEL, who publish Spiderman, the Xmen, Thor, Ironman and many more tittles, have dubbed the continuity in their books; Earth 616, meaning that everything that happens in the comics happens in the EARTH 616.
There is even a character at MARVEL who is like Satan, called Mephisto. Could be a lead but I doubt it.


That's all I could find which I think is a good thing. After all the number is supposed to harken in the coming of armageddon and screw that. So if there are no entries for 616 and unless you believe that spiderman is the devil, (and let's face it, the 3rd movie was terrible) or that math is from hell (which it might just be) then Satan probably isn't here yet.
Yay. I was so worried that the creature that doesn't exist was going to come and hurt me. Phew.
There's a fly on the wall and I think he's looking at me so I'm going to go now. I need all of my concentration to resist his telepathy.
Oh hey and can you people stop this shit! Its really fucking pissing me off! 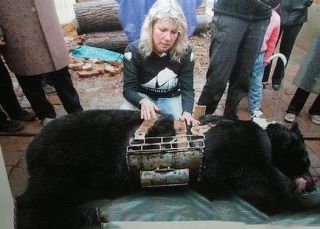 STAY FILTHY
Posted by Filthy the Bear at 6:20 AM